Super rare and original presentation cigarette case to Royal Navy (Fleet Air Arm) Commander Charles Bentall Lamb DSO DSC (1914-1981), hero of the Battle of Taranto (1940), when he flew Gloucester Gladiators (“Stringbags”) against the Italian Fleet and subsequent best selling author of his wartime exploits – “War in a Stringbag” – see image below.  Here are details of his long and illustrious career.

Lamb was born on 11 April 1914 in Bolton, Lancashire.  In 1930, he went to sea as an apprentice with the Clan Line.  Like many merchant navy officers Lamb joined the Royal Naval Reserve, appointed a midshipman 31 March 1933, and in December joined the battleship HMS Rodney in the Home Fleet and West Indies for four months’ training.  On return to England in 1934, he passed his Board of Trade examinations in London. “When we had passed, our brand new Board of Trade Certificates of Competence were useless. In the depression of the early Thirties there were so many [merchant] ships laid up that jobs afloat were virtually unobtainable.”  Keen to learn to fly, Lamb joined the Royal Air Force (RAF) in 1935 and flew for RAF Coastal Command for three years.  The RAF controlled British naval aviation up to 1938. When the Fleet Air Arm was constituted in 1938 Lamb transferred to the Air Branch of the Royal Navy, becoming a sub-lieutenant (aviation) on 13 June 1938 with seniority dated 28 October 1936.  He was promoted to lieutenant (aviation) on 28 October 1938.  On 27 February 1939 he joined Torpedo Strike Reconnaissance Squadron 822 on the aircraft carrier HMS Courageous in the Home Fleet.  In the early part of the war, he was a Swordfish pilot. “Charles Lamb flew in the thick of the action, mine-laying and U-boat hunting over northern Europe, harrying E-boats at Dunkirk, to being one of the two Swordfish Pathfinder pilots with 815 Squadron FAA at the Battle of Taranto.”  He flew in the Greek campaign of 1941 and was shot down during an air raid on Malta.

In September 1941 Lamb’s aircraft was wrecked while landing a secret agent in French North Africa and he was held by the Vichy French government at the Laghouat prison camp for a year, until freed by the Allied Allied invasion of Algeria in November 1942. After treatment for malnutrition, he spent a year recruiting flying cadets for the Fleet Air Arm, until passed fit for flying in December 1943, and joined the aircraft carrier HMS Implacable as Lieutenant-Commander (Flying), with an acting rank of lieutenant-commander. Aboard HMS Indefatigable as Lieutenant-Commander (Flying) from May 1944, he escorted Arctic convoys and launched air strikes against the German battleship Tirpitz. He served in Implacable again as Lieutenant-Commander (Flying) from 8 January 1945 until July 1945; after a catastrophic flight deck injury (struck by a broken aircraft propeller) he was hospitalized for two years before returning to naval duty.

Lamb was given a permanent commission in the Executive Branch of the Royal Navy as lieutenant-commander on 1 August 1945, with seniority from 28 June 1944.  He served on the staff of Flag Officer (Air) (Home) at RN Air Station, Lee-on-Solent (HMS Daedalus). He was promoted to commander on 31 December 1949, and served at RN Air Station, Lossiemouth (HMS Fulmar) from 21 January 1950.

He was commanding officer of the fishery protection vessel HMS Welcome from 7 March 1953. Welcome was an Algerine class ocean minesweeper displacing about 1000 tons, completed in 1945, and used for fishery protection.  From 23 October 1953, he was Commander (General Training) and Staff Officer (Flying) to Flag Officer Ground Training at RN Air Station, Lee-on-Solent (HMS Daedalus).

Looks like he was presented this case on his retirement – made from plated metal and with engraved inscription.  Dimensions are 3.25 inches x 5.65 inches.  A unique item given to a WW2 hero of the Royal Navy. 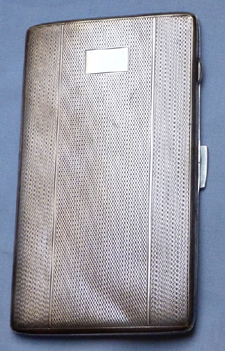 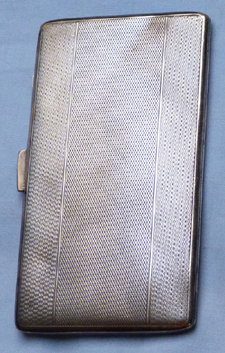 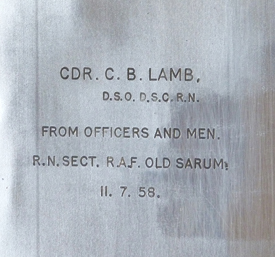 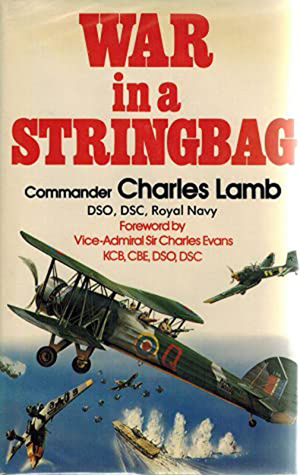