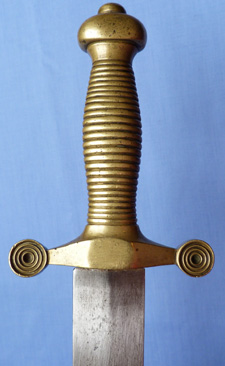 This gladius sword was a sword type during the 19th Century and was first adopted by the French Army and also carried by a number of other European armies – it was not particularly popular in the British Army and only used by this very small arm of the Army.   The first uniformed transport corps in the British Army was the Royal Waggoners, formed in 1794. It was not a success and was disbanded the following year. In 1799, the Royal Waggon Corps was formed; by August 1802, it had been renamed the Royal Waggon Train. This was reduced to only two troops in 1818 and finally disbanded in 1833.  A transport corps was not formed again until the Crimean War. In 1855, the Land Transport Corps was formed. This was renamed the Military Train the following year.  The sword is of smaller proportions than the sandard type found in Europe at time and is normally unmarked.  The hilt is made from brass and the blade is plain – is also complete with a leather and brass mounts.

In good overall condition, with a very clean blade.  Scabbard with some wear. 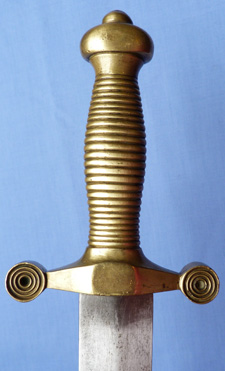 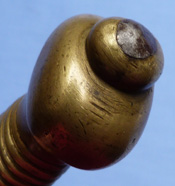