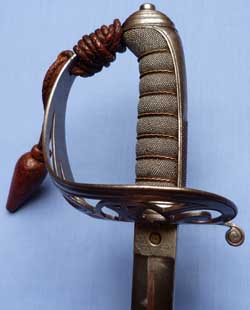 An excellent example of a British volunteer rifles officer’s sword named to Major Robert J Jones of the Queens Westminster Rifles.  Here is a short history of the regiment.

Major Robert J. Jones served with the Queen’s Westminster Volunteers throughout the 1880’s and 1890’s and was also a lifelong member of the National Rifle Association.  He was the owner of James Shoolbred & Co Limited, a furniture manufacturer and repository located at Tottenham House, Tottenham Court Road). Jones had five sons who were all killed during the Great War, Second Lieutenant Eric .A.O. Jones fell on the Somme 18.9.1916.  He  is described by his commanding officer, Shoolbred, in ‘The War History of the First Battalion Queen’s Westminster Rifles, 1914-1918’, as  ‘…one of those happy natures with an infinite gift of seeing the bright side of everything. Not even dirt and other unpleasantness of the Somme checked his overflowing happiness he leaves the Regiment another example of duty most gallantly carried out’ (p123).

The sword comes with an original period photograph of three officers of the regiment – Captain Robert J Jones (as he was then) is pictured in  the middle.

In terrific condition and with a very clean and bright blade – crisp and sharp etching. 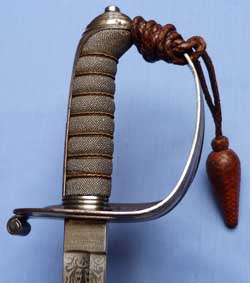 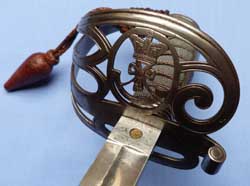 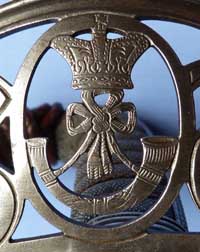 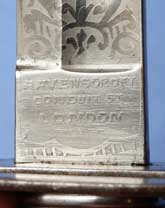 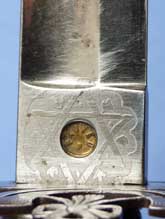 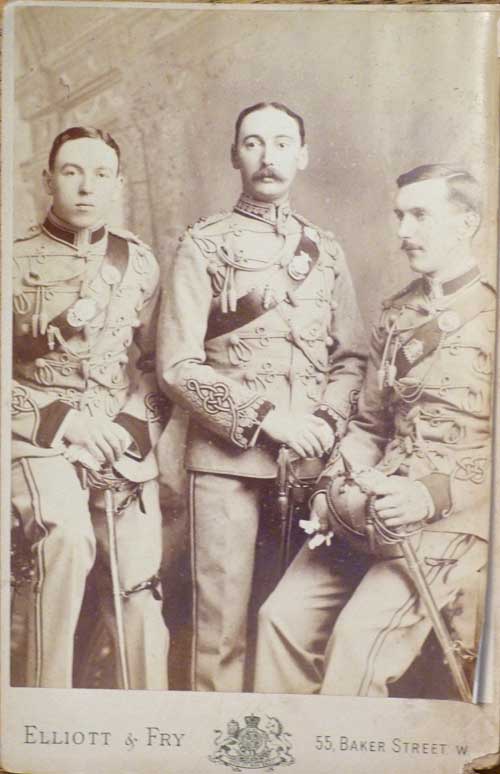 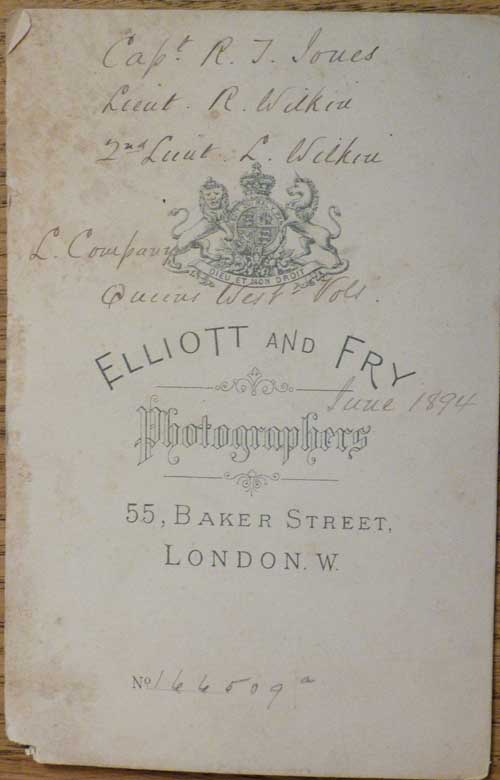 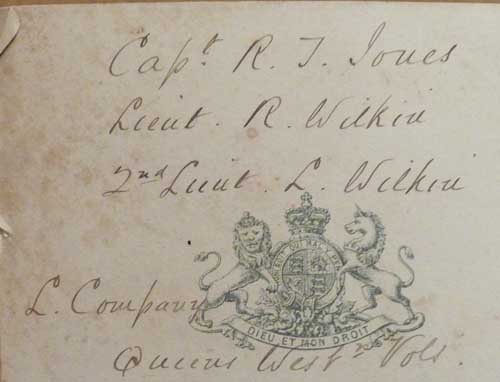