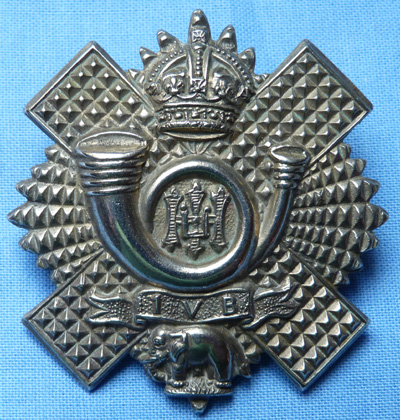 An original Scottish 1st Volunteer Battalion Highland Light Infantry Glengarry Badge.  In excellent condition throughout and  made from white metal and including the original fastening lugs to the back.  This badge dates from the early 1900’s and features the Kings’ Crown to the top of the badge and the battle of Assaye (1803) elephant honour.  This regiment was previously known as the 74th Regiment of Highlanders and was involved in many famous battle of the 19th Century.  During the 1900’s there were a large number of volunteer battalions attached to the regular British Army forces and this was one of them.  The Highland Light Infantry were a regiment of the British Army from 1881 until 1959.  They were based in Glasgow and were known as the official regiment of that famous Scottish city.  Diameter of the badge is 2 inches.  Nice original addition to a collector of antique Scottish militaria. 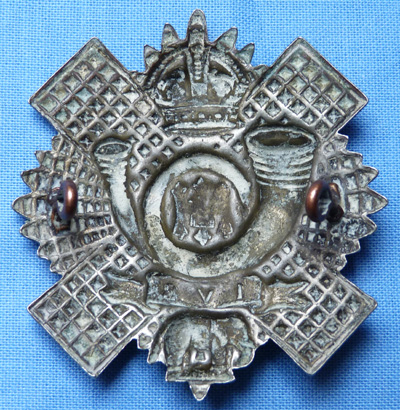