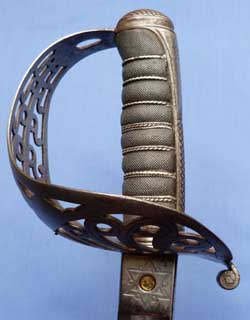 This sword was owned by an officer named George John Scott.  He purchased the sword from Wilkinson Sword in December 1876.  Here is  his service history:

He served in the South African War, 1900-1, with the Imperial Yeomanry and was present at operations in the Transvaal and Cape Colony, March to November 1900.  Was mentioned in Despatches (London Gazette, 10 September 1901) and received the Queen’s Medal with two clasps.  Was created a Companion of the Distinguished Service Order (London Gazette, 27 September 1901).  His citation reads:

In excellent condition and with crisp etching to the blade. 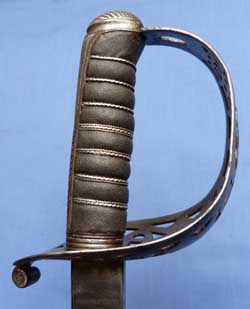 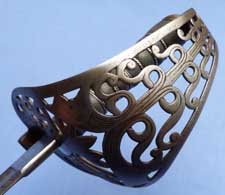 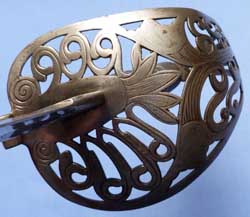 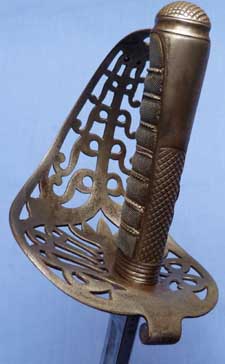 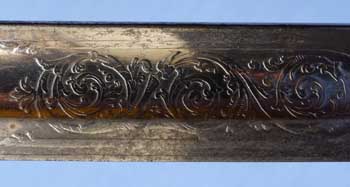 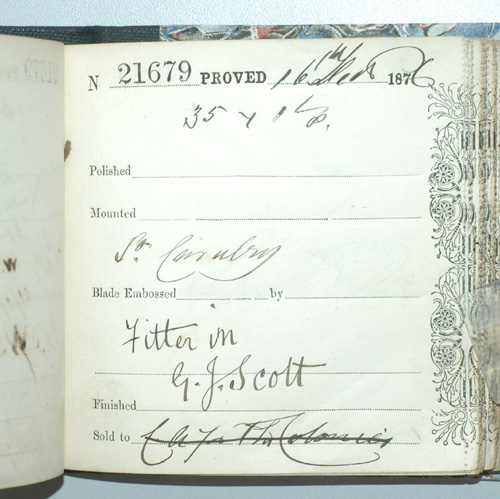 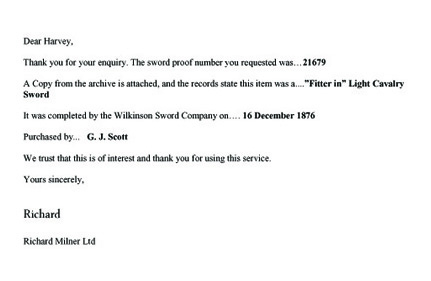